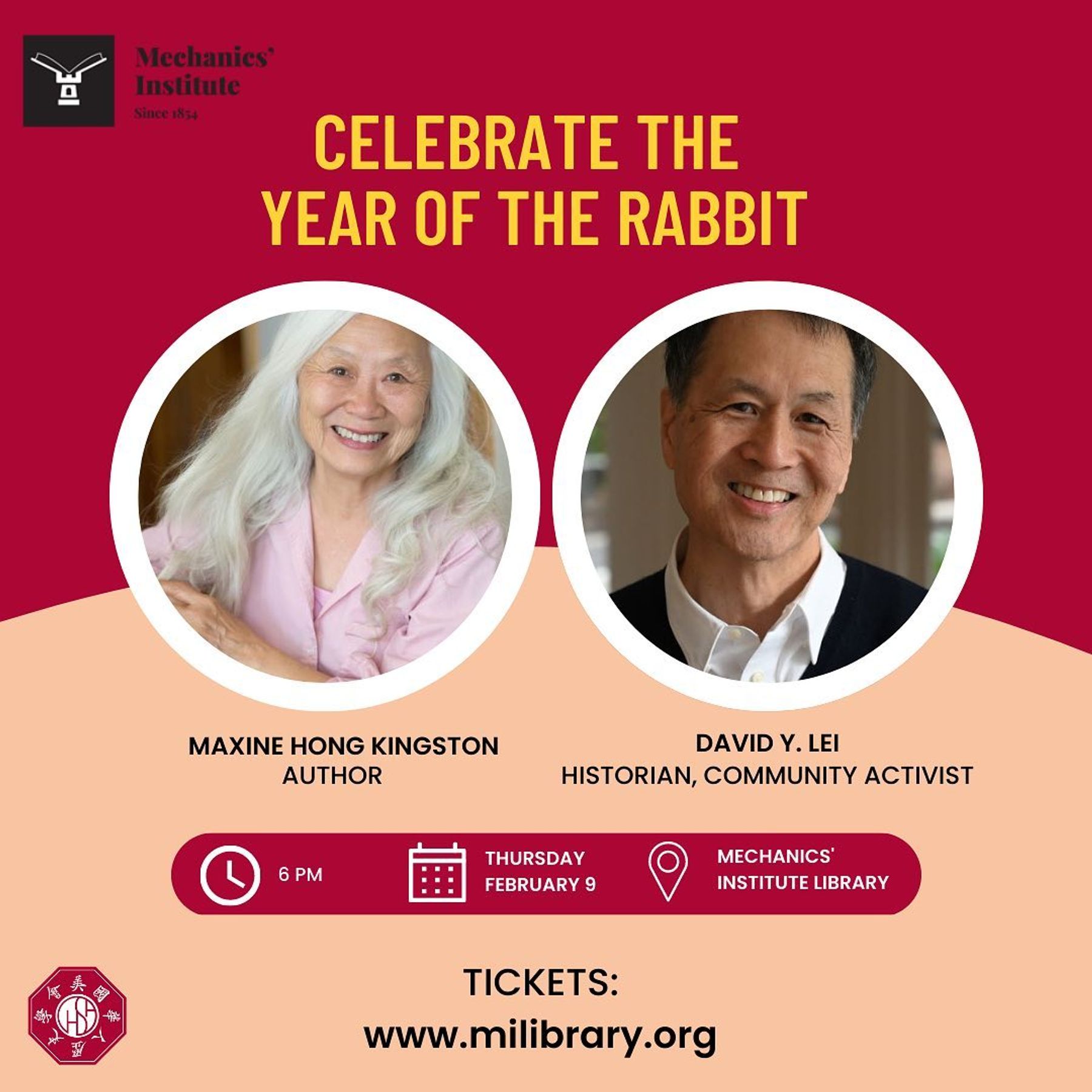 Chinese New Year and The Year of the Rabbit: What Will It Bring?

Chinese New Year and The Year of the Rabbit: What Will It Bring? -- ONSITE at Mechanics' Institute with renowned Bay Area author Maxine Hong Kingston and historian and former Chinese New Year parade director David Lei

The year of the Water Rabbit starting January 22, 2023 symbolizes a time of longevity, peace, and prosperity in Chinese culture. Join this celebation to find out what's in store during this year of hope!

This Chinese New Year celebration will feature renowned Bay Area author Maxine Hong Kingston and historian and former parade director David Lei. They will talk about how Chinese New Year has been celebrated in San Francisco, share memories of family traditions, explore the myths, rituals and qualities associated with the Water Rabbit, and offer predictions for the year! Special holiday treats will be offered!

Born in Taiwan with Cantonese parents, David Y. Lei, 李萱頤, has lived in the Bay Area since 1956. He attended public schools and graduated from UC Berkeley in 1972 with a business degree. Lei worked as a social worker in San Francisco’s Chinatown with at-risk youths for many years before starting his business in consumer product sourcing which he sold in 2003 and retired. His involvement with the Chinese New Year Parade and Festival including being parade director spanned over 40 years. He has given various talks on Chinese American history and culture at The Commonwealth Club, California Historical Society, Asian Art Museum, Chinese Culture Center, San Francisco Main Library and was a commencement speaker to UC Berkeley's class of 2019 at Memorial Stadium. Lei remains as active in the community as ever, working to introduce sustainable funding models to community-based organizations. He feels that it is imperative to interpret Chinese American history and Chinese art and culture in the American context.